Posted on November 4, 2013 by bembodavies

Free jazz can be interesting, but not that interesting.  Jazz with untraditional instrumentation can also be unusually interesting. Free jazz with a bass clarinet, accordion, mouth harp, trombone, a bassoon, varieties of percussionism and generous wailing across the floor from the barmaid, has its potential.

Given that we were at an anarchist squat in an occupied ex-primary school/ ex-theatre at the outer limits of the tourist belt on the eve of a nasty multinational pseudo holiday – a response was desirable. Or at least inevitable… 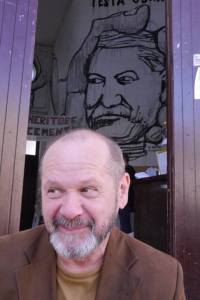 A Founding Father of Anarchy

Lacking a structure, the band could only throw tonalities at one another.  Nothing, or no one, provided anything like a rhythm.  No one was willing to take the lead ‘cept perhaps the troubled trombone player.  In addition to his habit of abandoning the trombone bell and blowing his mouthpiece directly through his less sonorous slide, nowhere in his trombonishness was there any sign of a dance beat.  In the spirit of the occasion, their provocative killer music morass tradition merited a less than negative riposte.

Having swept the house dog out of the best seat in the house, I was sunk deeply into a vintage easy chair of not primo Italian design design.  It was quickly evident that this was not to be passively endured.  A rebuttal was in order.  I sent word round my young co-conspirators – “Satirical dancing coming up in three minutes – get ready”.  It didn’t seem the best of plans.

Giving as good as you gets
Feet were leapt to; mine by me.
Tiago gave a brief younger brotherly effort, but the floor belonged to the old fellows.
If no beat was forthcoming, one would have to be boldly shoved up their repertoire. Howling in a volcano of primordial rhetoric, I clubbed my way through their decibel level with the discretion of a fog horn.  Obnoxiously ignoring any signs of nuance from the bandstand, my dance of stomps and pushy rhythmic grunts from the core of an offended being no doubt stood forth as sadly under-choreographed and as repetitive as their aural muck:  an asymmetric string of whoops punching its way through their cacophony with all the grace of a queue jumper.

The nutcases in the band loved it, as did the solemn-suited bouncer types…. 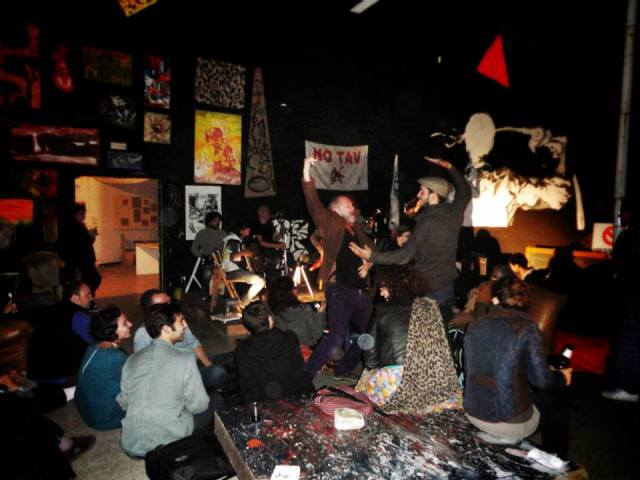