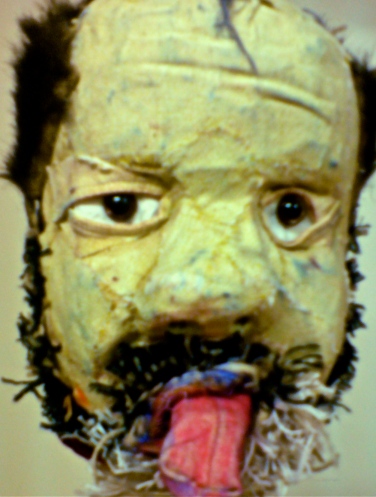 The Fossil Record is ambiguous. Paleontology cannot detect the minor evolutions in the alignment of bone fragments that could conclusively indicate that a branch of the humanoid family suddenly spent large amounts of time exploring choreographed sequences. Physiologically, it all shows up as the regular drudgery. Any such deduction may just have to be left to the neuro-anthropologists, and frankly, since the painstaking laboratory hours required to render such observations acceptable industry standard working hypotheses would clearly subtract from time spent enjoying the glee of dance floor fieldwork, who can be bothered.

To pinpoint the precise moment in evolutionary history when human beings first formed the dance and /or the dance first formed human beings would require considerable nitpicking. Far from the world of footnote and academic reference points, let it suffice to launch the simple supposition: we can, therefore we did. Dance is so central to every human culture that at some point the swirl of the village wedding evolved from the need to emulate each other’s rhythms in order to best sample the pheromones of prospective mates. Given the propensity of proprioceptors assigned to managing just such a task, we are mostly stuck musing: which came first the sheer joy of it or the sheer joy of it?
The dawn of paleolithic shamanism may have involved some life or death wrestling match, but hardly more life and death than for your average flock of baboons. The question may boil down to: can a toddler’s capacity for gleeful repetitive movement be dependent upon the attention it generates from a parade of aunties; does a diapered ape left alone in their gyrations cease telegraphing how pleased they are with themselves? We intuitively know the answer…

Dance Talks
Contemporary understanding holds that language evolved to reflect the intricacies of social relations: we didn’t say anything until we had something to say in a context where it would have significance to those within earshot. Consciously or reflexively sound, and then gradually word, carried intention. Is it fair to assume the same with the dance? This may not provide a seamless correlation, arguably one may make the case that one could dance independent of intention. I’d prefer to think not: to repeatedly access the somatic satisfaction of movement in times otherwise available for more energy efficient contemplation implies that a human need is being met beyond a self interrogation of the sinew as a reminder that underutilised neurological pathways await your command. Moving in sync with one another, We address the Us.

This exercise of social cohesion did not require complex protocols of trans-clan diplomacy. Long before we had the intricacies of a conditional tense necessary to politely bid each other up for a twirl, we were already up and at it: the reflexive, individual stretch stretched into the intoxicating social warmup.

Living six months as a troglodyte seemed inviting. The vista was superb, the local cuisine nourishing; however, one aspect of the caves of Matera disappointed grieviously. The porous, readily carvable rock within which the town scraped out over 240 rupestrian churches didn’t actually provide fabulous acoustic properties. Time and time again one entered awestruck, pulled forth ones vocal chords in the manner of actors, and struck lead. Even when the good people carved vaulted roofs in the shapes of their own craniums, the sound wouldn’t soar…

The Missing Link
The archeology/anthropology debate keeps getting mired down in my out-of-date library. No doubt, as the old Gods in the scholarly firmament die out, the lines on the jungle floor are rapidly re-sketched. The tug of war between the bone people and the chipped tool fragment/carved artifact people likely still struggles to pin-point the dawn of human language along the continuum from bipedalism to first fresco. Significantly, somewhere along this line, heroic spelunkers have spotted signs of the theatre of the first shaman and deemed it a clear indication of expanding consciousness. Not really so curiously, some believe that they have finally solved the riddle of why much of the most glorious cave art was sequestered away on the most inaccessible of walls…

The creative act of applying pigment to reproduce meticulously observed bison and lions could perhaps be pure reflex gratitude; a function of sharing the planet with such magnificent creatures. However, there may be a more comprehensive impulse for going to such lengths. That which indicates the most plausible theory builds upon the observation that the often inaccessible walls chosen for adornment were in the spots that offered the best conditions for group chanting. The melodies may not show in the fossil record, but the resonance of rhythmic choral breathing and synchronised tonality may have had just as much to do with expanding our brain function and making us intellectually agile as did the development of the manual dexterity required to smite hand axes. Negotiating vital group harmony may primarily have occurred while vibrating our skulls in search of vital group harmony.

Similarly, the ultra human activity of the dance has never been contingent upon the invention of shoes. The mental proprioceptors are all there – among their first survival skills the human infant is neurologically programmed to internalise and mimic the movement of others. Incorporating (giving body to) the need for social alignment within the extended family band, either into the collective expression of totemic emulation, or into moves replicating the visceral satisfaction of plucking a bounteous bush of berries does more than provide a good party; it hot-wires motor-neurons along the path of the universal social admonition which declares that: ‘together we prosper‘.

It may be pushing things to propose that bipedalism evolved from the survival potential advantage inherent in an unconscious experience that ‘the family that jives together thrives together’, but the message of the collective dance easily predates any articulated text declaring this to be so. Dance is social grooming without artefacts; we’ll have to keep digging.